Spring is here, somewhat… the temperatures are still cool but the days are sunny and reach tepid plateaus of warmth cajoling flowers to unfurl to take in every gram of heated sunshine.

IT is not, however, warm enough for an Aperol or a crisp Gin Tonic, instead the shy warmth of a Spring afternoon necessitates something inbetween; an elixir that is at once refreshing and yet with enough depth to take off the errant chill brought on by the still lingering crispness in the air

So the gentleman is left wondering; what shall I drink? This is not Scotch weather and while a light Rye may suffice, and truthfully it is always Bourbon weather, one needs something a little different to sip on in the late afternoon when the gentlemen has perhaps finished working in the yard or maintaining his home. These times require something altogether different.

It is with this in mind we would like to introduce The Fitzgerald.

Quite simply it is a “Gin sour” [see here for our whiskey sour], made with sugar syrup, gin, and Angostura bitters (skip the egg-whites). At first glance this may seem like a Gimlet, except that a Gimlet must be made with lime-juice, and for purists Lime cordial (as in Rose’s Lime) and no bitters.

We like it because it’s refreshing and the bitters keep it from being to unsubstancive adding a nice layer of mystery and vim.

Combine all ingredients into a shaker, add ice, shake; strain into a cocktail glass. Enjoy. No fuss, no nonsense, and a grown-ass-man drink to boot.

TGG Primer on The Fitzgerald:

–      Always use a chilled shaker, fill with ice and discard.

–      Build drink in an empty shaker; i.e. one without ice or the gentleman will risk watering down his drink.

–      Many great bitters exist; try cinnamon bitters, orange bitters, or even some that may echo the flavors of the gin (citrus, anise, et al.)

–      We love Hendricks but it proves to be to floral; stick with what we dub ‘Decanter Standards’ –i.e. those ‘standby’s’ kept in an undecorated decanter on top of the bar: Beefeater, Tanqueray, or Brokers. 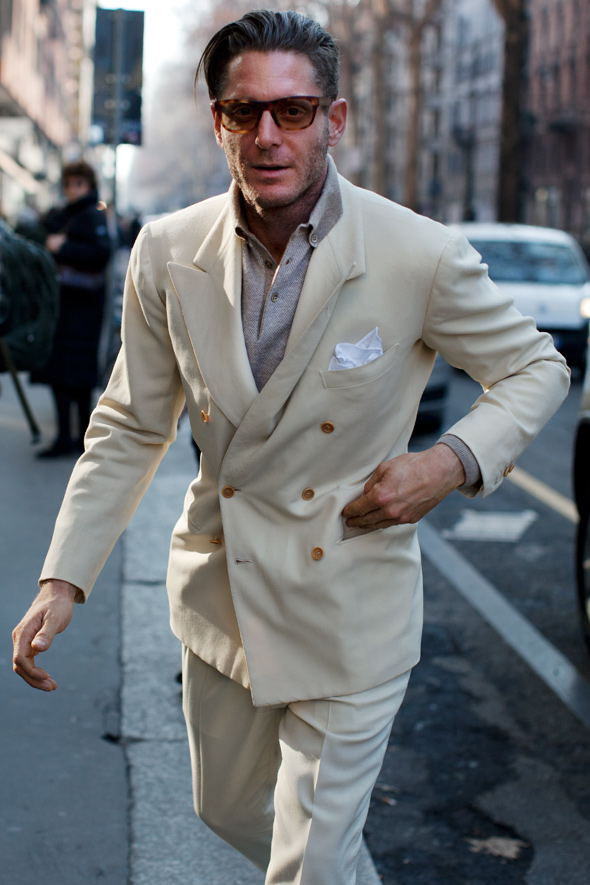 The Summer Gentlemen (from the Sartorialist)

SPRING/SUMMER  is, well, almost here. Summer, named after the old Norse God Sumar, is not merely a season, but an opportunity for other than the obvious (re: barbecues, beaches, pool, scantily-clad women, and guys if that’s your digs) is a change from the ordinary, from the usual, from the monotony of the ubiquity of the days preceding it. Ritual makes the ordinary divine and small, often meaningless, symbolic gesture from, in this case, one season to another helsp to ward off apoptosis, in toher ways, it’s a restart button. The same way a haircut is ,or shaving after a few days, or new Years for that matte.r It is a feeling and an act of renewal .

Miami has a temperate two-season year “Hot and Humid as Hell” (May-September) and “Hot and Mild” (October-April) with a very wet summer. But nevertheless, on what may seem as grotesque affectation, every October or so I would pack up all my “summer clothes” fold the linen pants, shelve the white shoes, and pack it all up, label it summer, and not open it again until the following May. Was this absolutely necessary? No, not really. But it did help create a habit and eventually a ritual, which made me look forward the passing of time and aware of the evolution of each year. Every year I opened my box again and you think “Oh shit! I love this shirt… sweet; oh and this, I forgot I had this!”

Seems lame, I know, but try it.

So yes, put all that shit away; take all the flannel, dark browns, blacks, cashmere sweaters, chunky shoes, dark trainers, velour track suit (if you have one, burn it) put them in a box and put them away. Venture out for summer; try it the Italian way; shades of pastel normally left for Easter eggs splashed on everything from pants to sweaters and belts and claim to the world; the sun is out, its summer and I’m not afraid to celebrate it. Of course, say this in your head. 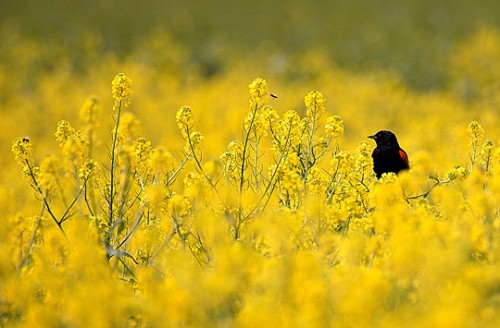 THE Young Gentlemen’s Guide presents a five-part series on things to celebrate this summer; from drinks, to books, looks, food and life to try, see, drink, experience and love as the temperatures rise, the snow melts and the days meander to longer and longer hours.

In no general order of appearance: 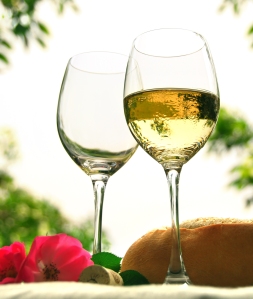 IF there are such things as ‘winter wines’ (and there are: think gamey Chateauneuf-du-Pape and Gigondas from France’s Rhone, for example) then there are definitely “Spring wines” that can offer a bit more body and complexity than the lemony-crisp whites of summer whilst still offering up a wine that can go from a 80F day to a 55F evening: Viognier anyone? 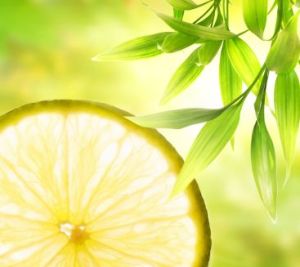 SAME as above: winter fragrances (myrrh, amber,  and brown spices) = existence of spring fragrances. In truth a single fragrance for 3 months may seem silly (not to us of course) but in the spirit of practicality we bring you three new fragrances that can tackle the spirit of spring (meyer lemon blossoms and white pepper) to the warmth of summer (aquatic notes and citrus).

SUMMER is the realm of Aperol Spritzes and Pisco Sours but what happens before that and after all the past winter’s Brandy Alexanders? Explore with us three great Spring cocktails.

WHAT more can we say? There’s no such thing as a summer jacket (well, sure there is but…) Think deconstructed linen. Good stuff. We’ll share our picks for the season.